Don't Get Caught Without A License!

Getting a licensed renewed is often a hassle that many people put off for far too long. However, what happens if a person gets pulled over and has no proof of their license? There is a chance they could end up in a little legal trouble.

Driving Without Is Different Than Having No Proof

While driving without a license is a serious offense, more people are likely to drive without the proof of a license. This often indicates that they were driving on an old license or left theirs at home. Typically, a quick check of a person's license history can indicate to the police officer that the person has a license or has it up to date.

However, if the person does not have an up-to-date license, there is a chance that they could get a more serious ticket. It all depends on the situation and the laws of the state. However, it is usually more problematic to get caught and get a ticket than it is to simply get a license renewed.

The Fine Is Typically Small

Suffering from a fine after getting caught without a license is a frustrating experience. It is the kind of money that you simply don't want to have to spend. If your license is still valid, your fine shouldn't be major. It's even possible to get the ticket dismissed if you go to court with a valid license.

Those who get caught without proof of license or with a valid license may be in a tougher situation. In some states, it may end up going on your record or even costing you points on your license. As a result, it is important to simply take preventative steps by always keeping your license renewed.

Renewing Is Quite Easy

While it might seem like a hassle to go to the DMV in your state and get a license, it shouldn't take any more than an hour or two of the day. Most people make the mistake of going to the DMV at the wrong time of day and end up stuck behind too many people. That's why it is important to go during slow periods when fewer people are around.

Typically, the best time to go to the DMV is just before noon to avoid the lunch rush. It is also a good idea to go between Tuesday and Thursday because most people will still be at work. Another slow period typically occurs during the middle of the month, though if your birthday is at the beginning of the month, it might be smart to go in the middle of the previous month.

By following these simple steps, a person need never get caught without a license by the police. Simply getting it renewed avoids this problem and keeps you from having to pay an annoying and unnecessary fine.

Contact a place that will let you renew registrations for more information. 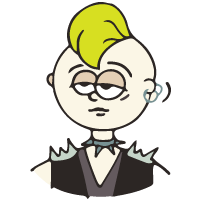 Hello, my name is Shelly Charles. Welcome to my website about automotive braking systems. Although much focus goes toward the powerplant and transmission when selecting a vehicle, the braking system deserves just as much attention. Without a proper braking system, the vehicle cannot perform as expected on public roads or racetracks. On my site, I will explore how braking systems work and their major improvements over the years. I invite you to visit anytime to learn all you can about modern brakes and their benefits. You will develop a close working knowledge of braking systems by visiting my site. Thank you for coming by.